David launched David Bishop Bird Tours in early 2014 after a long and successful 28 year career with Victor Emanuel Nature Tours (Vent), during which time he was Vent’s Director for the Asia Pacific . He initiated and designed their Asia Pacific tour program and established Vent at the forefront of bird tours in this region. David Bishop’s accumulated 38 years of field work and exploration gives him an unrivalled knowledge of the birds and wildlife of New Guinea, Indonesia, Bhutan and much of SE Asia and the SW Pacific.

He has also conducted and continues to conduct rapid biological surveys and research programs on birds throughout Asia and New Guinea, and is currently involved in ongoing projects, often in cooperation with Professor Jared Diamond and independently elsewhere.

Having garnered a deep and intimate knowledge of these regions and coupled with David’s love of sharing what he sees and experiences with his clients, he is widely regarded as one of the very finest, most knowledgeable and experienced of all bird tour leaders, and explorer-ornithologists. David wrote the book on the birds of Wallacea, Indonesia and has published more than 40 scientific papers and articles documenting his observations obtained both during the tours he leads and when undertaking research. David has also undertaken numerous exciting expeditions to previously unexplored parts of New Guinea and Indonesia. David’s skills at logistics and attention to detail offer you the rare opportunity to travel to even the wildest destinations in relative comfort and security.

David was born in London, England and after graduating from the Metropolitan Police Cadet College he served as a police officer amid the streets of London’s West End where he received a Commissioner’s commendation for bravery. Thus in addition to David’s other skills you can always be assured of being in the very safest of hands. David loves his vocation and cannot imagine anything better than exploring wild and beautiful places in the company of friends and clients.

David Bishop speaks fluent Melanesian Pidgin, Indonesian, and Malay and has extensive experience and an in-depth knowledge in dealing with indigenous peoples, in particular New Guineans and Indonesians. He excels at organising pre-expedition arrangements and field logistics and in managing disparate groups of people under sometimes challenging circumstances especially in remote areas. For tours lead by David Bishop click here.

David Bishop has lived and worked for extended periods in Indonesia and PNG as a field biologist researching and surveying birds and other wildlife. Much of the resulting data has been published and frequently utilised to assist conservation agencies to aid the establishment of important conservation areas and management strategies. David is a regular contributor to organisations such as the WWF and in particular Birdlife International where his knowledge of birds of little known regions contributes importantly to our understanding of their status and conservation.

One of David’s most exciting discoveries occurred in 1983 with the rediscovery of the incomparable Wallace’s Standardwing (Semioptera wallacii), a bizarre bird of paradise found mainly on the island of Halmahera in the North Moluccas of Indonesia. It had not previously been sighted for 50 years.

With David’s assistance the display of this remarkable bird was filmed for the first time in 1986 for the BBC nature documentary, Birds for all Seasons and then filmed again in the BBC Natural World film, Attenborough in Paradise.[/image_with_text]

Over a 38 year career exploring untrammelled landscapes and discovering the wonders of the natural world David Bishop has amassed more than 20,000 photographic images and 15,000 sound recordings. He is currently working on a new book project.

A respected researcher, David Bishop has authored more than 40 publications including a major book on the Birds of Wallacea (in English and Indonesian). For more about David Bishop’s publications, click here.

A very experienced explorer David Bishop is a specialist in working in remote and little known or unexplored areas of the world in order to survey birds and natural history. He guides travellers through exotic locales, sharing the exciting and often breathtaking wonders of the natural world, and introducing them to new cultures and peoples. David is an expert in associated logistics with more than 38 years’ experience in the Oriental Region, New Guinea, Australia and the SW Pacific. 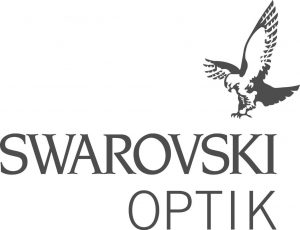